EuRoPol GAZ s.a. and Siemens Sp. z o.o. signed a contract for maintenance of equipment installed in five compressor stations of the Polish part of the Yamal gas pipeline.

On February, 2015, in Warsaw EuRoPol GAZ s.a. and Siemens Sp. z o.o. signed a long-term contract for maintenance of 16 complete TUCO turbocompressor units installed in five compressor stations of the Polish part of the Yamal gas pipeline. These stations are located in Kondratki, Zambrów, Ciechanów, Włocławek and Szamotuły. The TUCO turbocompressor units are used to compress natural gas in order to compensate pressure losses occurring during gas flow in the pipeline.

Within the concluded contract Siemens Sp. z o.o. will provide maintenance and inspections of the equipment as well as its periodic diagnostic. The company will also provide deliveries of necessary spare parts and, if need arises, use of back-up equipment. The contract will also allow for optimisation of operation of this equipment in order to improve its availability. Execution of the contract by Siemens Sp. z o. o. will contribute to achieving high availability and reliability indicators of the TUCO turbocompressor units installed within the Polish part of the Yamal gas pipeline.

The evidence of EuRoPol GAZ s.a.’s efforts aimed at a safe, reliable and effective operation of the Polish length of the Yamal gas pipeline including both its mainline part and five compressor stations, is the title of the Leader of Technical Safety 2014, granted to the company by the Office of Technical Inspection.

EuRoPol GAZ s.a.is the owner of the Polish part of the Yamal gas pipeline that is approximately 684 km long. The company renders gas transport services to both domestic and international customers. Moreover, it is making available its unutilised capacity to the OGP GAZ-SYSTEM S.A. operator who offers gas transport services within the System of Transit Gas Pipelines. More than 400 billion cubic meters of natural gas have been transmitted through the Polish part of the Yamal gas pipeline since the moment of commencing the gas transmission in November 1999 till the end of February 2015 [according to GOST]. 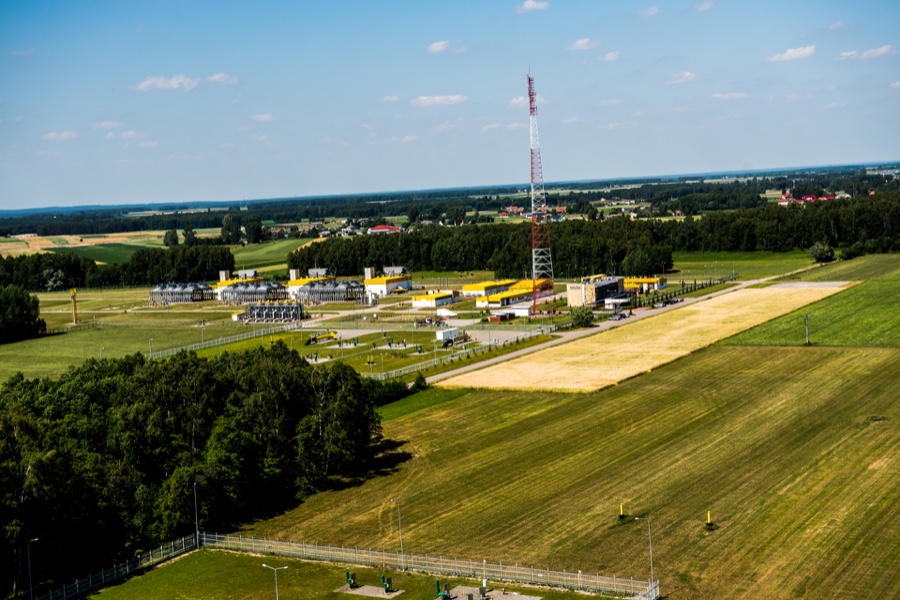