STRATEGIC GOALS
The strategic goal for EuRoPol GAZ s.a. functioning is safe, reliable and environmentally friendly rendering of natural gas transport services using the Polish part of the Yamal-Europe pipeline within a scope resulting from concluded agreements and contract.

GENERAL INFORMATION
EuRoPol GAZ s.a. is a Polish company operating since 1993: it was established on September 23, 1993 when its first leadership were appointed; on December 15 the company was incorporated and registered by the Area Court of Warsaw.

EuRoPol GAZ s.a. is the owner of the Polish part of the Yamal-Europe gas pipeline - one of the most advanced and the largest energy project in Europe of the turn of the 21st and 22nd century. The 684 km long Polish part of the pipeline carries natural gas for the needs of both domestic and international customers. The company has made available its unutilised pipeline transmission capacity to the OGP GAZ-SYSTEM S.A. operator company that offers services of gas transmission within the System of Gas Transit Pipelines.

Operations of EuRoPol GAZ s.a. are based on many inter-governmental documents; the most important of them include:

There are five compressor stations located along the Polish part of the gas pipeline:  in Kondratki, Zambrów, Ciechanów, Włocławek and Szamotuły. These are facilities equipped with advanced devices, operated by highly skilled personnel and performing their tasks in a continuous and safe manner. The compressor stations are the crucial element of the whole system, necessary to transmit gas along the entire length of the pipeline in the maximum planned quantities.

CERTIFICATE OF CONFORMITY FOR TECHNICAL OPERATION MANAGEMENT SYSTEM
In 2021 the Bureau Veritas Polska Sp. z o.o. certifying body issued the Certificate for Conformity for the System for Management of Technical Operation for the Yamal-Europe transit gas pipeline system for natural gas transmission and operations of the transmission infrastructure within the territory of the Republic of Poland with the ISO 9001, ISO 14001 and ISO 45001 standards. This certificate will expire in September 2023. Renewal of the Certificate is a proof that the gas pipeline infrastructure is maintained in way that combines efficiency with safety including also environmental safety.

AWARDS
In 2015, by decision of the Chapter House of the Laurel of Innovativeness Competition named after Stanisław Staszic, the Golden Laurel 2015 award in the category of Construction Industry, Public Facilities, Safety and Firefighting went to EuRoPol GAZ for the project „Gas Transmission Service in the Aspect of Improving Safety of Humans, Environment and Technology". Thank to this project advanced automatic control systems installed in compressor stations in the Polish part of the Yamal gas pipeline have been improving safety and contributing to rising reliability of service rendering by EuRoPol GAZ s.a.

In 2014 EuRoPol GAZ s.a. was awarded by the Office of Technical Inspection within a nationwide ranking with the title of the Leader of Technology Safety. This award confirmed the Company’s compliance with the most stringent standards in gas transmission and maintenance of technical infrastructure of the Polish part of the Yamal gas pipeline which has been warranting for more than 20 years a safe, reliable and effective operation of the whole pipeline infrastructure.

Authorities of the Company

The shareholders of the Company are:

The Supervisory Board of EuRoPol GAZ s. a.

The Managing Board of EuRoPol GAZ s. a. 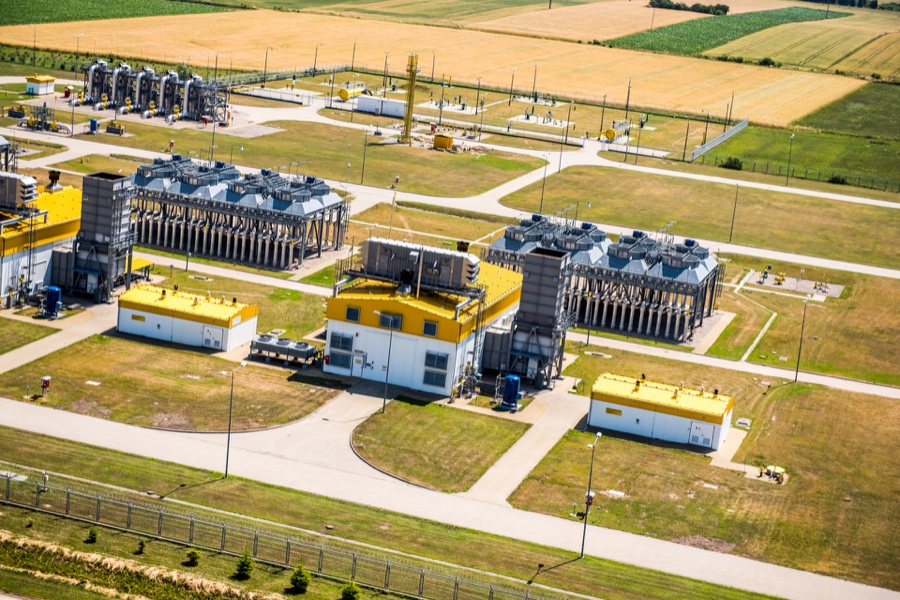